The Dunsfold Way site is located within an area on the edge of the greenbelt and the new proposal has been arranged to foster a sense of place within a difficult 60s estate layout.

A systematic approach was adopted to assess the existing street patterns, as well as the massing and overlooking, to minimise the impact on current residents. The scheme – which replace existing garage sites – have addressed the constraints of backland developments by framing outside areas so that they have a clear communal purpose for local people.

Dunsfold Way is made up of a small development of five three-bed houses and seven one-bed flats. The latter is contained within a larger block that acts as a screen to a busy road and protects the smaller settlement behind. The buildings have been pulled back to allow for a pleasant, light-filled square in the middle of the site. The mews are characterised by a sawtooth parapet that picks up on the form of the local architecture, as well as a patterned brick which is a reference to nearby window surrounds.

This project has been developed for Brick by Brick, Croydon Council’s own development company that focuses on small sites across the borough. 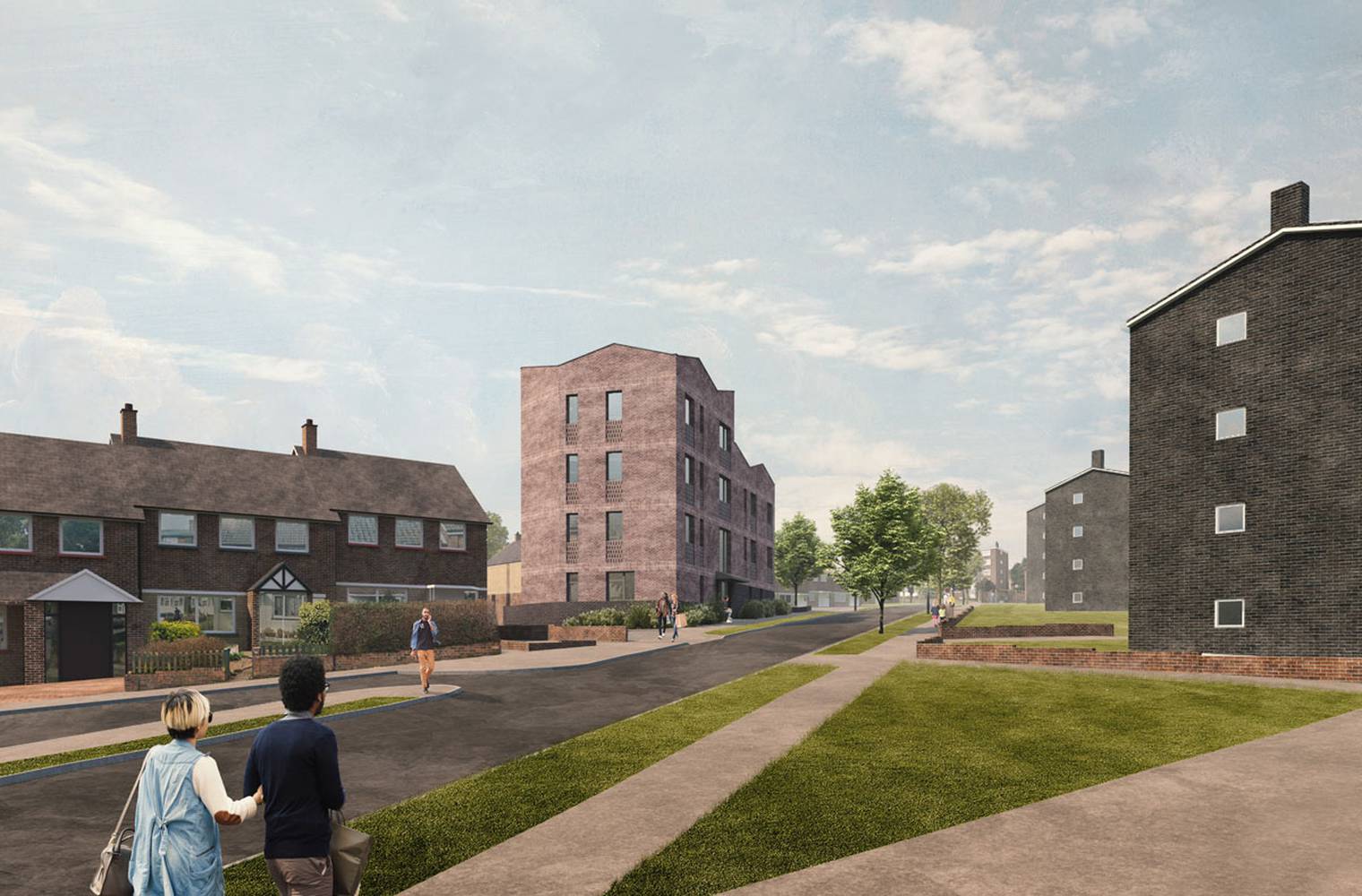 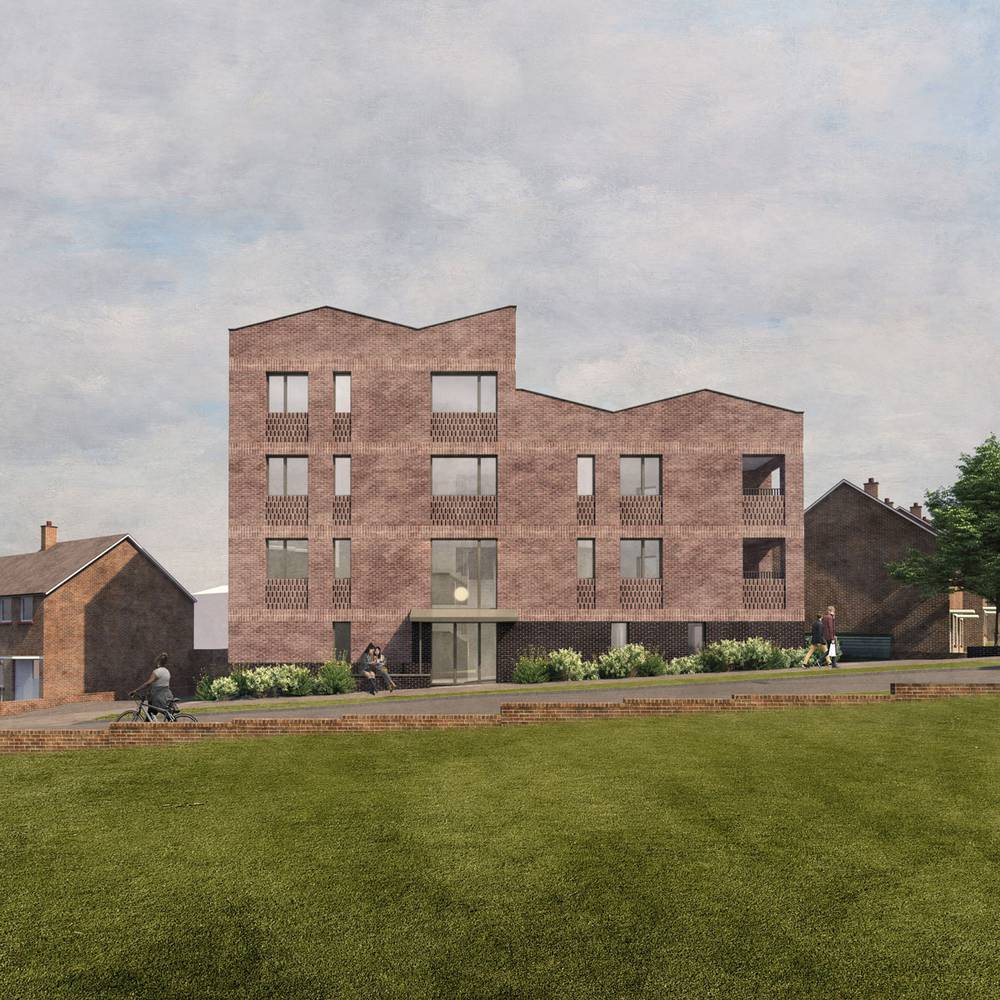 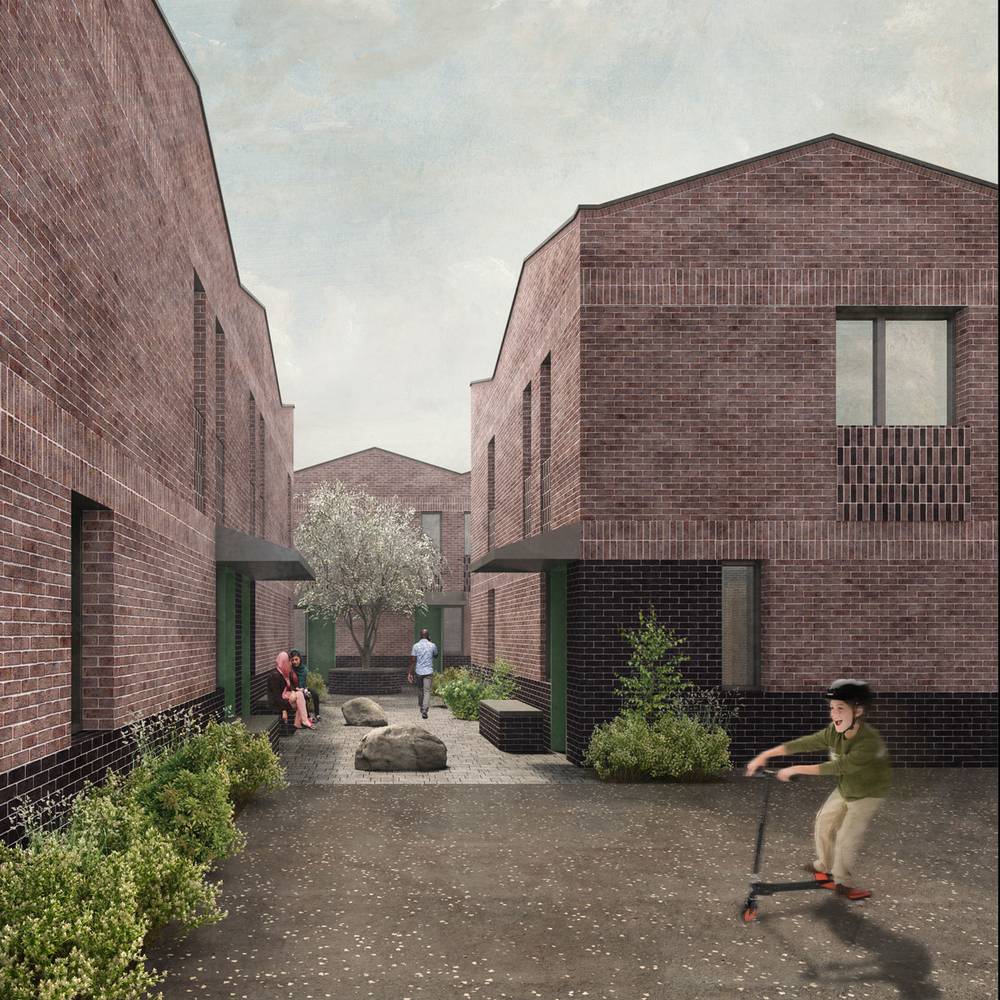 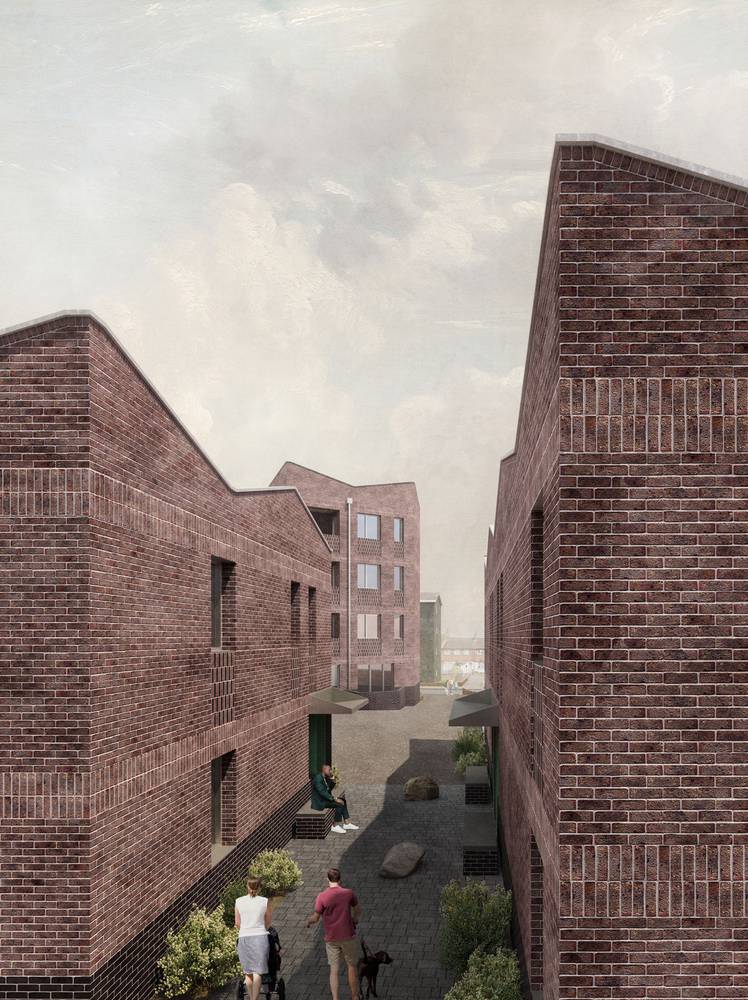 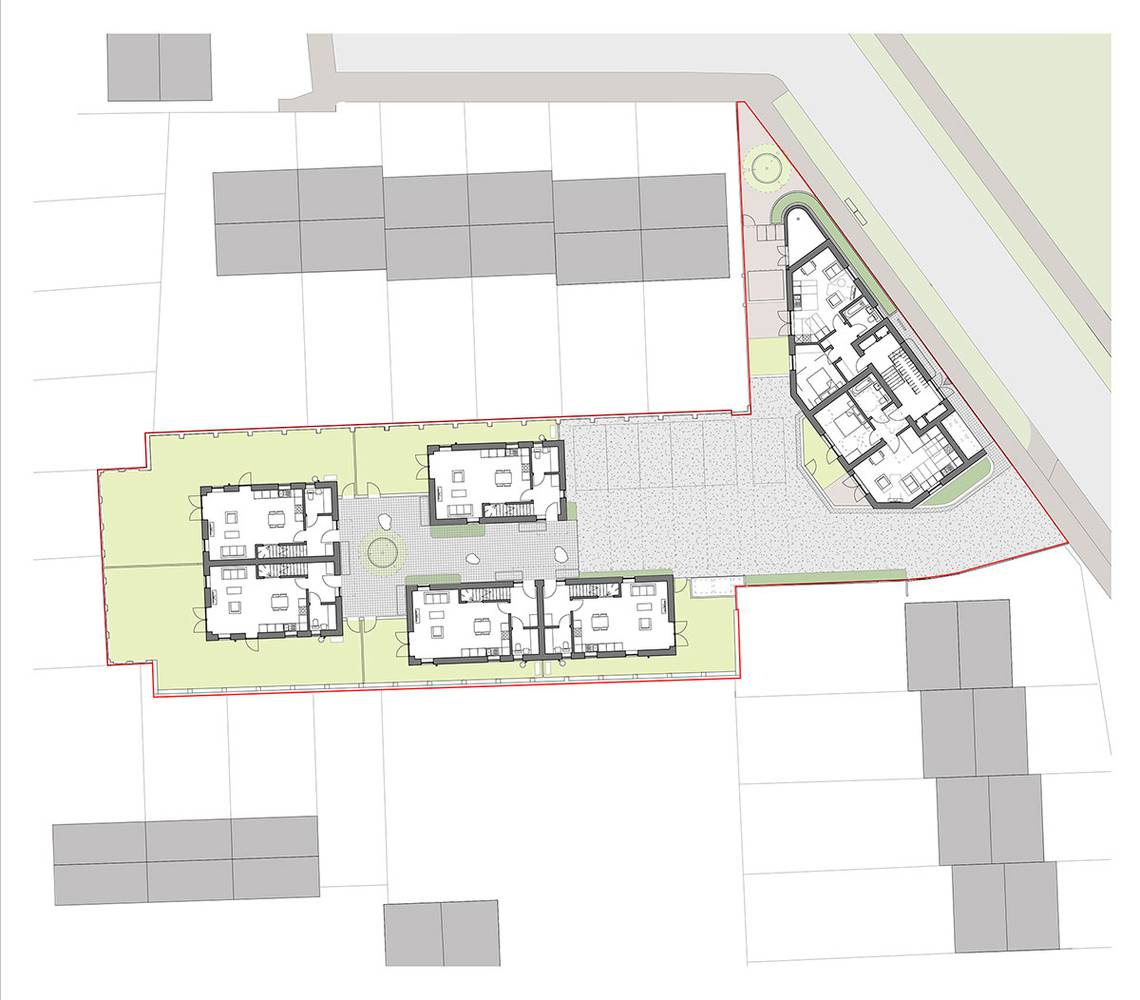