The first challenge in building is finding a plot to build on. Often their restriction leads to some interesting and innovative design solutions.  The search for developable plots and opportunities for adding density often brings some unlikely development sites.  Scarcity of land in London means that new and inventive ways to both identify and build on plots need to be adopted.

This is the first of three articles looking at interesting and innovative approaches to finding development sites in London.  This first article will look at local authorities’ moves to increase density across their housing estates.

Gap in the Market, a report published in July 2014 by the GLA Conservatives declared that there are ‘thousands of redundant and disused spaces on housing estates across London’.  These 4,552 empty, disused and derelict sites identified in and around housing estates can include ‘laundries, store sheds, garages, parking, space under existing residential blocks and boiler rooms’.

The London Borough of Wandsworth set the example with their ‘hidden homes’ initiative launched in 2003.  The local authority sought to identify and develop infill sites across its housing estates and have since constructed 238 new homes through the programme.

‘Hidden homes’ schemes have been adopted by a number of London borough authorities including Southwark, Westminster and Kensington and Chelsea. The report encourages all London boroughs to follow Wandsworth’s lead and identify opportunities for potential infill development.  If followed, it is claimed the plan could deliver 10,000 new homes over the next 10 years.

The Only Way Is Up (Or In-Between)

One such opportunity was identified by the City of Westminster council on the Elgin Estate just off the Harrow Road in Maida Vale.  The 1960s housing estate is set to be refurbished and expanded at a cost of around £15m.

These ‘hidden homes’ have been developed by Walterton and Elgin Communitiy Homes (WECH), the organisation who manage the estate. The resident-controlled housing association formed in the 1990s to prevent the sale of the estate to private developers.

Planning permission for the development was granted in 2013, which includes 43 new homes, a nursery and a community centre.  Contrary to current trends, only seven of these new units will be sold on the open market and the rest will be ‘affordable’, though by the looks of things, the estate will not be offering any extra social rented housing units.

Additional floors to two of the existing housing blocks provide twenty extra dwellings, whilst infilling space between the other blocks delivers the other sixteen, with improved lift access to the whole building.  The infilled inhabitable floors begin at the third storey thus maintaining generous pedestrian circulation at ground level.  Inclusion of a new playground and improved open spaces conceivably ensures that the loss of a small amount of amenity space is not detrimental overall to the estate.

The process of infilling and refurbishment, rather than wholesale regeneration as seen in other council estates in London enables the existing community to remain whilst the refurbishment takes place offering increased density, improved facilities and amenities to old and new residents.

Vaudeville Court in Finsbury Park is another example of infill development, turning garages, parking spaces, an access road and a substation into thirteen new homes.  Whilst the local authority Islington don’t have a ‘hidden homes’ scheme, the building was the winning entry in their ‘Newbuild’ competition to design new council housing.

The development addresses both roads, extending the Victorian terraces on St. Thomas’s and Prah Road and is centred on a new communal amenity space which is also shared with the residents of the adjacent tower block. [Fig 2]

The image above shows the development at construction stage.  At first glance, it appeared that it was building over a seemingly redundant road.  Google Maps incorrectly displayed, as it sometimes does, the access road to the car park and garages as an extension of St. Thomas’s Road.  But it did make us wonder if there were indeed redundant, disused or superfluous roads in London which could serve as potential developable sites.

Late to the Party: The Corporation Plugging the Gap

The Corporation of London, who own much of the City and act as its local authority, have also promised to look at infill projects on its land.  The square mile is a ‘business ghetto’ of offices and skyscrapers with residents numbering fewer than 7,500 and many of the Corporation-owned housing estates are scattered across London.  These are enclaves within the boundaries of different local authorities, so this is actually a pan-London assessment in itself.  Only the Golden Lane Estate, (which is part of the Barbican) and Middlesex Street Estate are within the boundaries of the City of London.

There are opportunities for adding density to existing communities through extending upwards, filling in gaps and reusing redundant space and buildings.  If housing estates are to be retained and serve as good quality housing for larger numbers of people then these hidden homes assessments will help them reach their full potential. 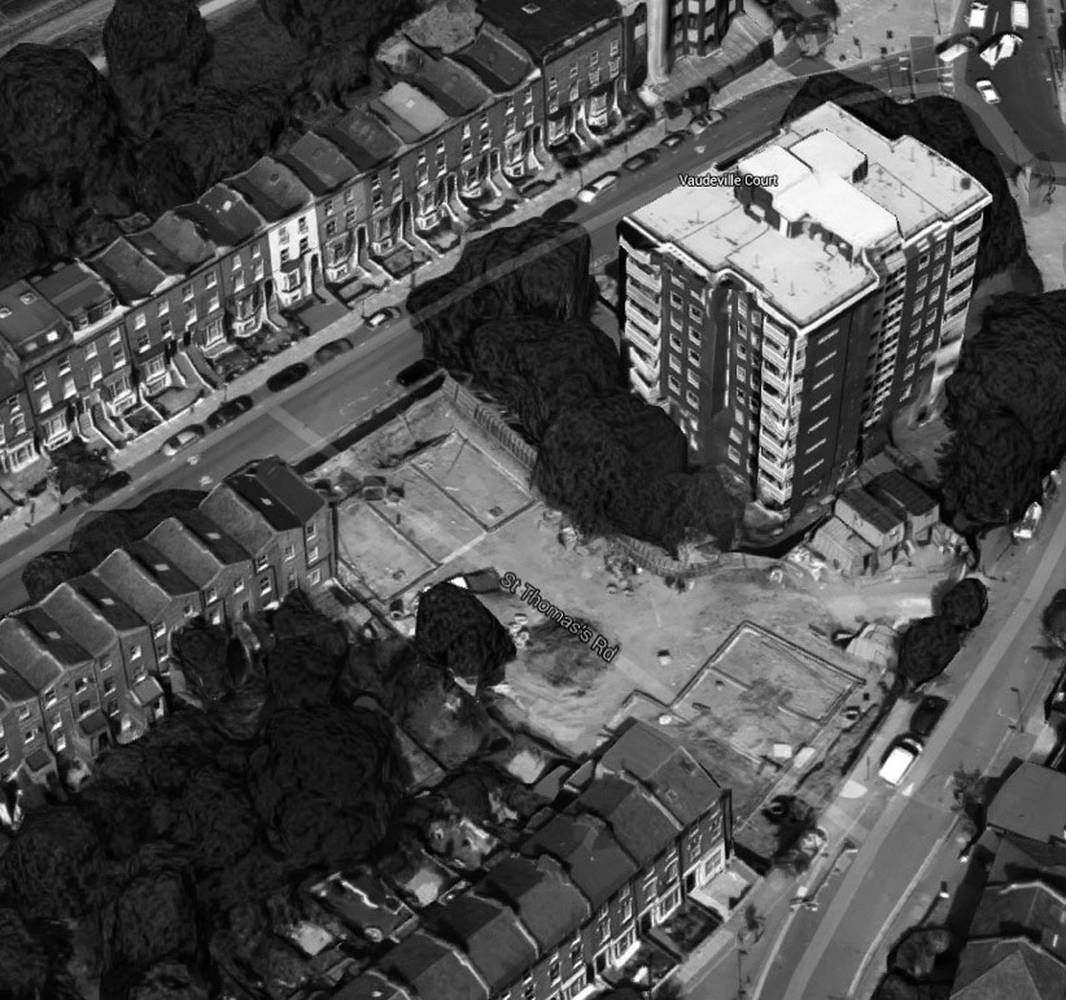 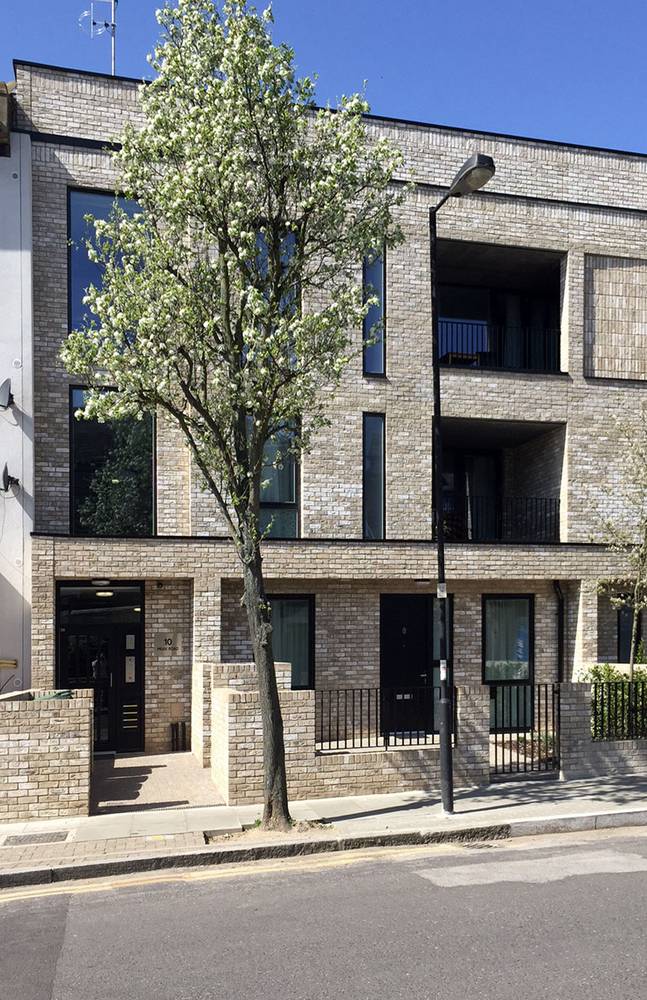 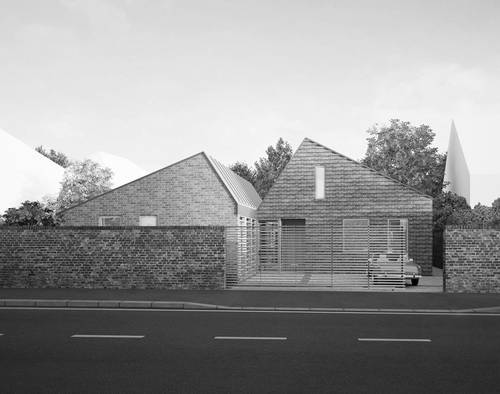 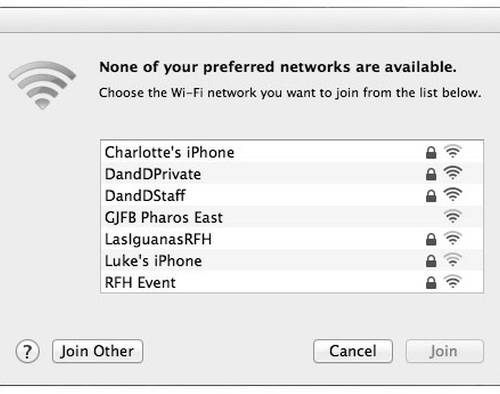